Connection Of Mushrooms And Nature

Mushrooms are of great importance for life in and on the ground. Above all, a certain symbiosis between fungi and plants plays a central role. 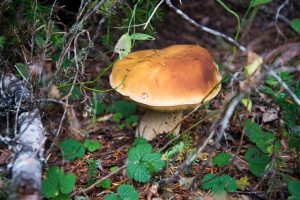 There are assumptions that it was only through this “cooperation” that the plants were able to develop the land as a habitat for themselves. Around 90 percent of all plant species are in symbiosis with one type of fungus. The symbiosis itself is referred to with the somewhat cumbersome term “mycorrhiza”. The fungi involved are accordingly called mycorrhizal fungi.

We are mostly only aware of the psilocybin microdose and the above-ground fruiting bodies of these mushrooms, some of which are collected as edible mushrooms. Certain plants live in symbiosis with certain fungi, such as the birch with the birch mushroom, the oak with the boletus and the larch with the larch boletus.

But what does this collaboration between fungus and plant look like? With their fine hyphae, the mushrooms form a network in the soil, the so-called mycelium. With this network, they enclose the fine roots of the plants and sometimes even penetrate them. Since the fungal threads are significantly thinner than the plant roots, the surface area increases by a factor of 100.

Mushrooms as helpers of nature

In fact, the fungal threads help or take over the task of the root hairs and supply the plant with nutrients and water. Above all, they can absorb phosphate and nitrogen from the soil, nutrients that the plants themselves have difficulty in accessing because the mushrooms are not exactly squeamish about their nutrient procurement.

Although they primarily decompose dead plant and animal material, some also use living “material”. They lay deadly traps in which roundworms, for example, are captured. The animals are then immediately decomposed and the nutrients are passed on to the plants accordingly.

But the improved water supply also offers significant advantages for the plants, especially in extreme locations. For example, they can cope better with longer dry phases with the help of mushrooms. In return, the mushrooms receive carbon compounds from the plants, such as sugar and starch, which in turn cannot be produced by them.